Amber wanted to visit Yosemite National Park, and it made sense to coincide that with my visit. Rather than going direct, we took a few days out to drive up the Pacific Coast, camping in Big Sur, and heading up to San Francisco before driving over to Yosemite.

Once out of the city, the roads were relatively empty. And the drive up was incredible, even if the heat was getting too much for me.

On the drive I paid something nonsensical like $14 for a vegan tuna sarnie in the middle of nowhere, and the sarnie was great but I am never paying that much for something between two slices of bread ever again.

The views while we ate could definitely have been worse, though. And briefly took my mind off the $14… 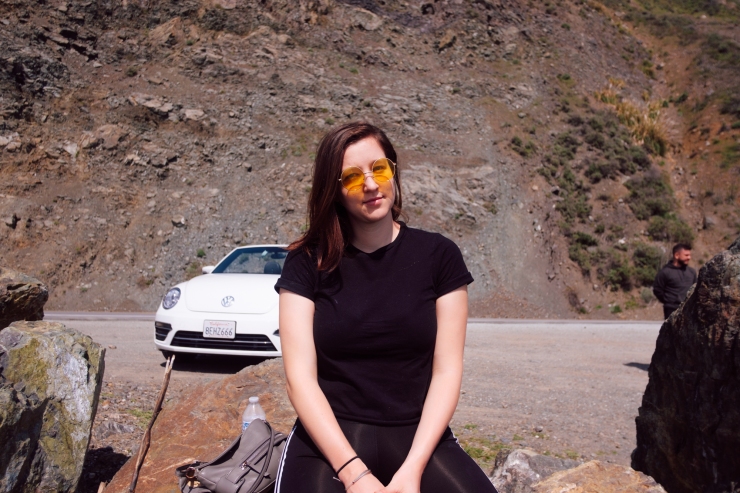 Before we set off, we’d read we’d have to call ahead to book campsites, and while on the phone Amber was denied the space by someone called Maria because we weren’t booking more than 48hrs in advance? That was some of the dumbest shit I’d heard. We decided to just turn up anyway and wing it…

We waltzed right in and camped at Pfeiffer State Park. Fuck you, Maria.

I love camping, but I rarely have luck with fires. The last one I attempted to help out with back home I accidentally extingueshed with a pot of tea.

Amber worked some magic and we had a pretty good fire before heading to bed.

I have a playlist on Spotify that’s rainsounds for while I sleep, but as there was a light drizzle I just listened to that gently tapping away on the tent instead.

The problem with real life drizzle is that it can, and did, turn into full on rain. We woke up in a literal pool of water and everything was soaked.

We decided to carry on to San Francisco and book an AirBnB for a night while our gear dried. 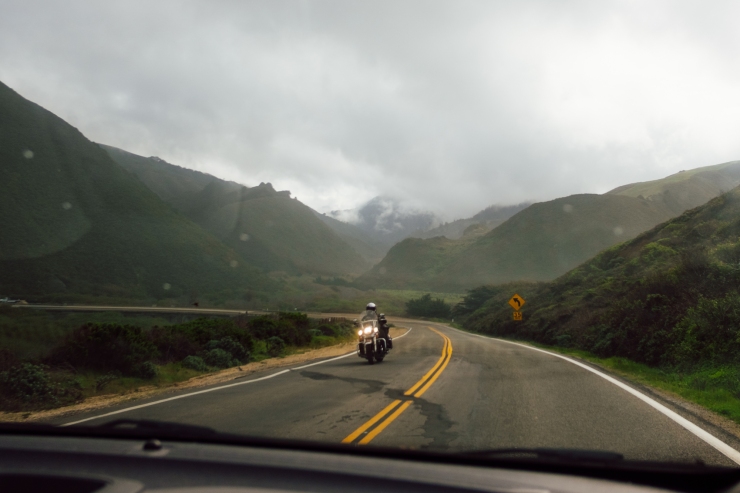 Arriving in San Francisco was wild. One of the first things I saw was some guy walking around, bent over, with his arse out. And the first thing I heard was some woman wandering aimlessly through the streets shouting at anyone she made eye-contact with.

“Just throw me a garbage bag already, and I’ll just end it all”.

The street art was nice though, and probably serves as a colourful distraction for anyone not wanting to pay attention to the extreme poverty and homelessness in the city. 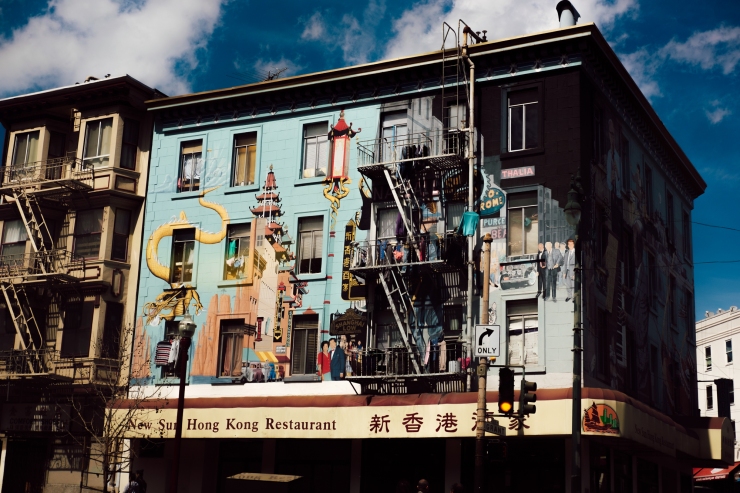 I don’t care who you are, what you do, or where you’re from – There is no way to not look like a wanker bezzing around like lemmings on a segway.

There was a couple of things I wanted to do in America, catch a movie and go to a gig.

Donna Missal was playing in San Francisco while we were in town and Amber is a big fan, so we did that. And that was great. 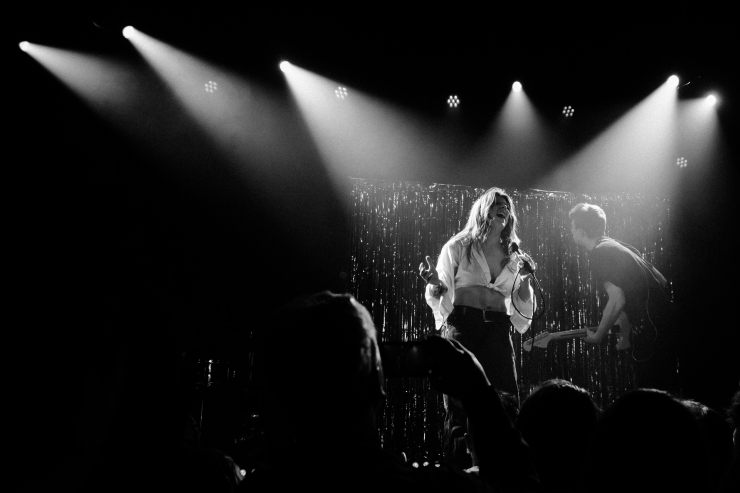 The day after, we had a full day to take a look around the city. So we did some touristy things. 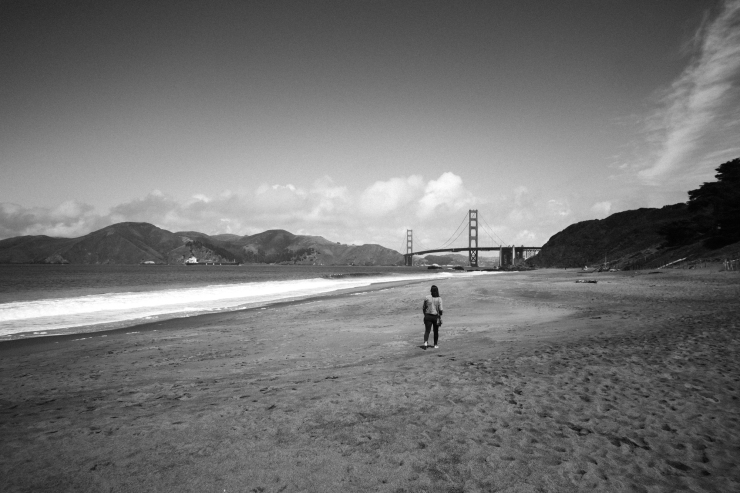 That’s the Golden Gate Bridge incase you aren’t familiar with it. 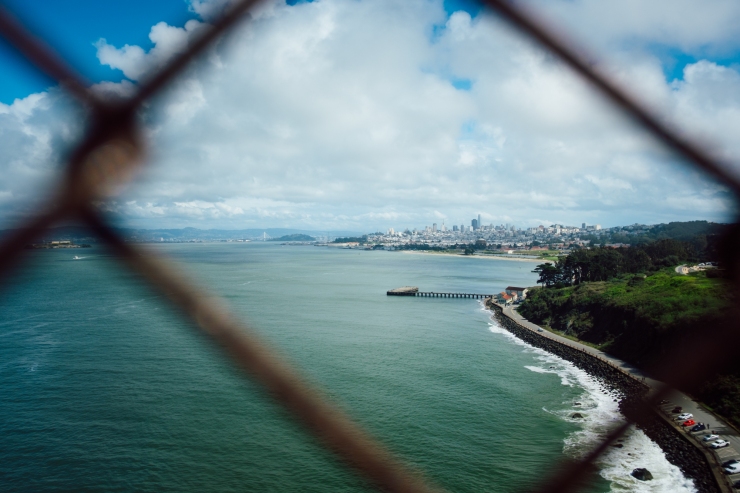 As we were on the coast, we hung around for the sunset where we ate much more reasonably priced sandwiches, and I know they were reasonable because I don’t remember how much they were.

I can see the appeal of locations like this for wedding photos, but at no point did the bride look thrilled about any of it. The tide was coming in hard, I half expected to see them washed away. 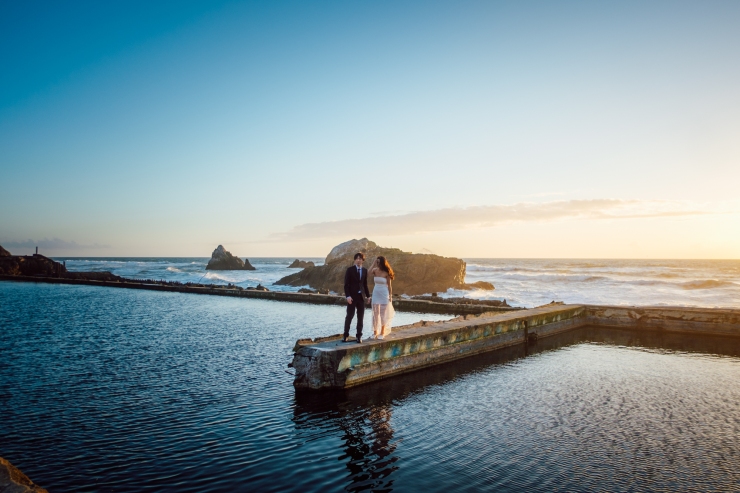 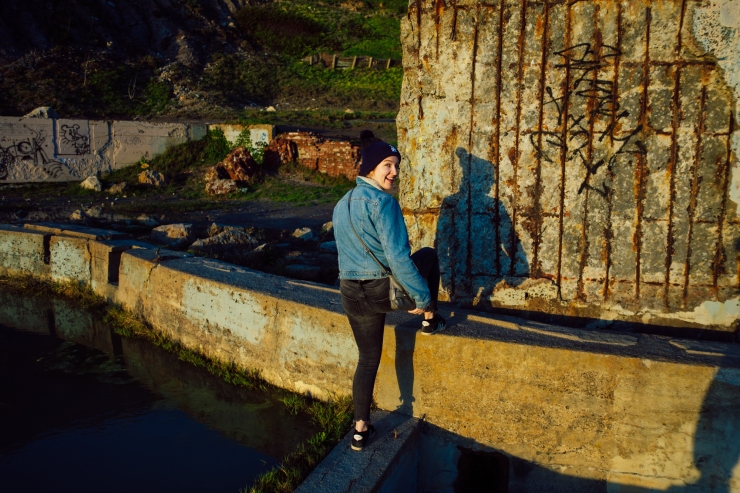 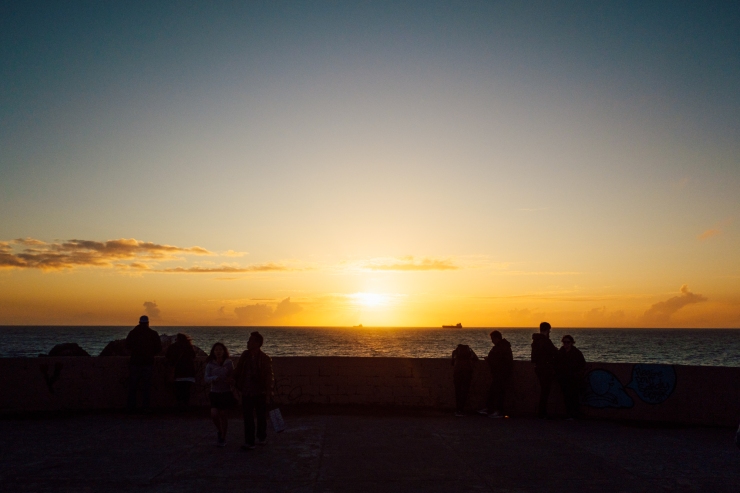 The sun went down, it got dark.

We got coffee and decided to make our way to Yosemite that evening, driving through the night until Amber needed to sleep.

We pulled up at some gas station in the middle of nowhere, and parked around the side of it. We’d gotten some sleep until insanely loud and constant banging at the window woke us up at 2am. Lights shone in our faces, we couldn’t see shit.

It was the police, wanting to check our documents before moving us along the way to a supermarket carpark to sleep in instead.

Please consider subscribing to my private blog for extra photos that I don’t post anywhere else. A subscription is only £7.50 and directly helps me afford food and rent and all that basic stuff aswell as new adventures. If that’s something you’re ok with, click here.